The Graph is the indexing and query layer of the decentralized web. Developers build and publish open APIs, called subgraphs, that applications can query using GraphQL to retrieve on-chain data. The Graph protocol solves the problem of indexing for blockchain data. Users no longer have to trust teams to operate servers and developers can deploy to reliable public infrastructure. BSC developers can master subgraphs using Graph Docs which will be supported via the hosted service.

BSC-based blockchains will be joining The Graph’s current support for Ethereum, POA, Polygon, and Fantom. Developers can use The Graph to explore querying of subgraphs for increased data access. Subgraphs already exist for applications like Uniswap, Synthetix, AAVE, Gnosis, Balancer, Foundation, and many others..

The Graph will empower developers on BSC to build all kinds of dApps for DeFi, NFTs, gaming, marketplaces, and more. Developers can also explore building interoperable applications by consuming subgraphs across chains and dive into the subgraph network via Graph Explorer. BSC has a large community of users who depend on the exchange for access to financial services and integration of The Graph is a step forward that introduces improved transparency for users in Binance’s ecosystem.

PancakeSwap, one of the leading DEXs on BSC, requested the integration of The Graph on BSC.

“Since being added to staging, the speed of read/data queries is great; and the process has been all smooth thus far!” said Chef Kai, Cofounder at PancakeSwap. “Eager to be able to migrate over to The Graph’s production network, even more with the specific routing,” he added.

“Consistent and scalable data API, analytics and visualization can not only provide better insight of Dapps, but also inspire new innovative ideas on data analytics driven/based DeFi legos. The collaboration between The Graph and BSC will provide very solid and fast infra to the BSC builders, and we are looking forward to working closely with The Graph community to build a cross-chain and multiple chain ecosystem” said Xiaoguang Zhang, BSC eco-system coordinator.

In the coming months, The Graph Foundation will be working with members of the BSC ecosystem to begin migrating the subgraph over to the decentralized network.

The Graph is the indexing and query layer of the decentralized web. Developers build and publish open APIs, called subgraphs, that applications can query using GraphQL. The Graph currently supports indexing data from Ethereum, IPFS, and PoA with more networks coming soon. To date, over 8,000 subgraphs have been deployed by over 10,000 active developers for applications, such as Uniswap, Synthetix, Aragon, Gnosis, Balancer, Livepeer, DAOstack, AAVE, Decentraland, and many others.

Developers building in the BSC ecosystem can now deploy subgraphs on BSC via The Graph. Relevant links include:

Non-technical users within the ecosystem can also participate in The Graph Network as Delegators. Delegators can stake GRT on existing Indexers to contribute to the security of the network. GRT can be delegated for over 20% APY. For more information, check our delegation demo and community guide.

If you are a developer building an application or Web3 application, you can use subgraphs for indexing and querying data from blockchains. The Graph allows applications to efficiently and performantly present data in a UI and allows other developers to use your subgraph too! You can deploy a subgraph or query existing subgraphs that are in the Graph Explorer. The Graph would love to welcome you to be Indexers, Curators and/or Delegators on The Graph’s mainnet. 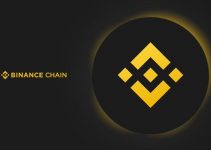