Bitcoin’s price action has quickly become unbearable for many traders. Its price range has tightened in the last few weeks, hovering between $9,000 and $9,500.

The narrow price range has also driven Bitcoin’s 30-day volatility down to its lowest level since October 2019, indicating the lack of directional bias.

Leading up to its third halving, Bitcoin rallied by over 150% in just two months. Since then, Bitcoin has repeatedly failed to establish a foothold above $10,000. The lack of buyer momentum has spawned a calm and quiet price range for Bitcoin; this has led to speculations that a big move is on its way.

Bitcoin’s 30-day rolling volatility has trended downwards since June 5th, a decline of more than 80% since April, resulting in a price consolidation between $8,800 to $9,800.

As shown in the historical data, Bitcoin tends to chart sudden big moves following a sharp fall in volatility to or lower than 30%. For instance, when volatility hit a low of 21% in mid-February this year, and in the following weeks, Bitcoin fell from $10,000 to a low of $3,800, a sharp 60% decline in just one month. In the same period, volatility spiked from 21% to over 90% as investors reacted in panic to the sudden crash.

While we are not predicting a similar crash as seen in March, the important takeaway is, periods of extremely low volatility often precede Bitcoin breakouts or breakdowns of macro importance.

With volatility on its lowest in almost a year, BTC delivered negative returns in June, ending the month down 3.2%. Similarly, major altcoins such as ETH, BCH, and EOS ended the month down by -2.6%, -6.9%, and -11.5% respectively.

Keeping up with demand in the Altcoin space, Binance Futures added 6 new contracts, taking its total perpetual contract offerings to 31.

We have also launched a new product line – quarterly futures, which will be an important addition to the existing Futures ecosystem at Binance.

As shown, daily trading volumes were persistently lower than the 2-period moving average. The volume decline reflects the lack of trading activity across the entire industry, in particular, the Bitcoin Futures market. Data by cryptorank suggests that the average 24hr volumes across BTC Futures markets in June were lower than in previous months. On most days, the total volume traded across the BTC Futures markets were less than $10 billion.

Despite low volumes throughout the month, open interest on Binance Futures continues to grow from 220 million to 580 million USDT, a 180% month-on-month increase. The phenomenal growth in open interest may suggest the demand for more exposure-driven trading activity as traders expect a near-term rise in volatility.

Even as new altcoin contracts were introduced, BTC perpetual contracts remained the most invested contract, dominating 67% of the total open interest. In the last two weeks, open interest in BTC contracts has grown gradually despite its narrow price range.

This observation is contrary to the volume data shown earlier. In the previous chart, we observed more altcoin volume throughout June, however, the increased volume percentage did not translate to a higher open interest percentage. Instead, most of the open interest growth was driven by BTC contracts, this may suggest that traders are positioning directional bets on Bitcoin.

What’s next for Bitcoin? More volatility ahead?

Perhaps the question we are all asking is, will we see a Bitcoin breakout soon?

From earlier observation, historical patterns suggest that volatility contraction often precedes expansion, which eventually leads to a breakout or breakdown. Furthermore, the reduced volatility could be associated with increased HODLing as traders do not feel incentivized to sell their Bitcoins. We also observed open interest growth in June, which may suggest that traders are positioned for a big move.

Additionally, recent price action looks promising. At press time, Bitcoin has just rallied from $9,000 to $9,300 in the space of 24 hours. If Bitcoin holds above the key level of $9,300, it would be in a strong position for another retest at $10,000. However, there is likely to be an intense selling pressure en route to $10,000 given the failed breakouts in previous attempts. Therefore, Bitcoin needs to muster considerable volume to breakthrough and if successful, this will be a good indication of positive confidence going into the rest of this week. 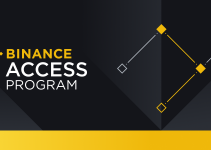 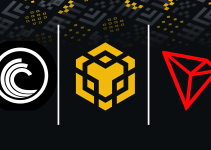 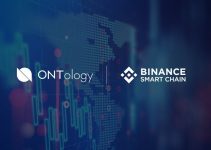