We target to design the consensus engine of BSC (Binance Smart Chain) to achieve the following goals:

Geth implements two kinds of consensus engine: ethash(based on PoW) and clique (base on PoA). Ethash is not a fit option for BSC because BSC gives up PoW. Clique has smaller blocking time and is invulnerable to 51% attack while doing as little to the core data structure as possible to preserve existing Ethereum client compatibility. The shortcoming of PoA is centralization, and the lack of meaningful staking and governance capability on-chain. On the other hand, the Binance chain is built on Cosmos which does have a deployed staking and governance mechanism. Thus here we try to propose a consensus engine that:

We investigated some popular implementations of PoA consensus and find out that Bor follows a similar design as above. We will borrow a few parts from Bor and propose a new consensus engine to achieve all these goals.

Staking and Governance on Binance chain is at a higher layer upon consensus. As for Relayer, it is a standalone process and open about how to implement it. The detail of them will not be included in this doc.

This doc only focus on the BSC validators and Staking dApps on BSC parts which are more closely to consensus engine.

The system reward structure in BSC is highly configurable. We may adjust the parameters through governance.

The rewards comes from transaction fees, rewards are distributed based on several(configurable) rules: 1. Validator that generate the block will receives 15/16 of the gas fee. 2. System reward contract receive 1/16 of the gas fee.

If the balance of System reward contract is above 100BNB, will not distribute any BNB to it. The coming section will explain how these contracts distributing reward.

We can consider light client contract as a utility contract, we will not explain the detail of it in this doc. The following interfaces is used:

The block header of Binance chain must have synced before verifying any state against block at specified height.

It will verify the existence key value or the absence of the key against the block at specified height.

return the appHash of BC at specified height.

It is a watcher of validators change of BSC on Binance chain. It implement the following interfaces:

For now, only Light Client contract, BSCValidatorSet contract and TokenHub contract are permitted to call system reward contract. It implement the following interfaces:

If a validator failed to produce a block, will record it and finally slash it. It implement the following interfaces:

The implement of the consensus engine is named as Parlia which is similar to clique. This doc will focus more on the difference and ignore the common details.

How to Produce a new block

A validator node prepares the block header of next block.

The final step before a validator broadcast the new block.

How to Validate/Replay a block

Verify the block header when receiving a new block. 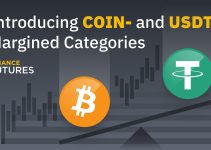 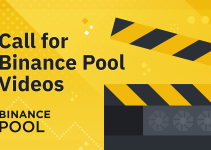