Web 3.0 is the third generation of the internet, which is the vision of a serverless intelligent Internet consisting of interconnected decentralized data. An Internet where users have control over their own data, identities, and destiny.

Darcy DiNucci was the first to introduce the concept of web 2.0. She wrote the following:

“The web as we know it, which simply downloads images into a static browser window, is only a very small part of the future web. The early signs of Web 2.0 have appeared gradually, and we are only seeing the first steps. The upcoming Web can be understood as the place where the action happens….”

Since then, the reverse definition of websites in the Internet before 2.0 is Web 1.0.

The biggest difference between Web 2.0 and Web 1.0 is interoperability. Web 2.0 are websites that have the ability to interact between users and websites. You can register an account, comment, post videos on youtube are the most common applications. Technically, Web 2.0s are more advanced than Web 1.0 in that they can separate requests sent to the system and response data separately, which saves you from needing to reload the entire website to perform the task. perform any action.

In the context of the explosion of the Internet at the beginning of the 21st century, Web 2.0 gradually revealed its weaknesses when it could not respond to user requests quickly. Internet users are now not just able to interact with websites, but also capable of solving their needs quickly and conveniently without having to visit too many websites.

So how can websites communicate with each other to serve the needs of users?

The answer is that there must be a common standard for websites to agree to exchange data quickly and easily.

The Semantic Web is a movement led by the World Wide Web Consortium (W3C) to standardize common data formats on the Internet to address the problems of Web 2.0. By promoting the inclusion of semantic content in web pages, the Semantic Web aims to convert existing web content consisting largely of unstructured or semi-structured text into “web data” meaningful. And people call this Semantic Web movement Web 3.0. The ultimate goal of the Semantic Web is to create intelligent, interconnected webs of things (Internet of things).

Because of the Semantic Web, Google can quickly find what we need, Spotify automatically finds songs we might enjoy listening to. Facebook will display ads for the items we have a need for. All in all, the application of the Semantic Web to our lives is limitless.

However, the Internet still has many problems that the Semantic Web has not been able to solve, which is data theft. The user has no control over his data nor can the original value of the data be stored. It’s been 30 years since the Internet was born, the data architecture of the Internet is still based on independent computers, not a network. Your data is stored and managed centrally on a server, every time the data is sent and retrieved by a client, copies of the data will be sent, so you have absolutely no control over the data. What will your data be used for? In this day and age, your personal data is the most valuable thing on the internet. Thanks to the personal data of billions of users, Facebook and Google have risen to become the largest corporations in the world.

The current data transmission model of the internet

In this context, blockchain seems to become the driving force of the next-generation Internet, what many call Web 3.0. Blockchain innovates the way data is stored and managed. It provides a single data set that is collectively managed. This unique state class enables the value pricing layer for the Internet for the first time. It allows us to send data in a copy-protected way, allowing true P2P transactions without the need for intermediaries. The foundation of the Websites operated according to this model is called the decentralized Web 3.0 platform.

Development of the internet

Sounds similar to IoT (Internet of Things) and AI (artificial intelligence) technology, are they related?

What is Tokenized Network?

The main (and important) difference of the Tokenized Network from a regular payment network is to ensure that transaction details are protected throughout the entire transaction lifecycle at the Blockchain.

Imagine Web 3.0 without Tokenized Network would be like Blockchain without Bitcoin. No one will be motivated to run nodes to maintain the Blockchain.

Web3 Foundation, the pioneer of Web 3.0

Writing to this point, you probably already understand what Web 3.0 is, but in fact poses a huge challenge, who will build Web 3.0? Creating the infrastructure of the next-generation Internet takes a lot of resources and people, but who will pay them to do this? Fortunately, we already have the Web3 Foundation, which is an organization that nurtures and manages technologies and applications in the areas of decentralized web software protocols, especially those that use such methods. Modern cryptography to protect decentralization.

Previously Web 3.0 mainly referred to applications that allow users to interact with the Ethereum blockchain. The Ethereum platform allows developers to build decentralized applications. However, now Web 3.0 can also develop applications on the Polka DOT and Kusama blockchains.

Comparing Polkadot (DOT) and Kusama (KSM) – The “Sisters and Sisters” of the crypto world?

Polkadot (DOT) is a multi-chain, heterogeneous and scalable technology which llows Blockchains to connect with each other to share data to form a decentralized Network.

Polkadot focuses on solving two main problems of Blockchain: interoperability and scalability of the network.

Polkadot is an open source project and anyone is free to contribute to the development of the platform. For Polkadot, the Web3 Foundation has a financial and technological role to play.

Kusama (KSM) is Polkadot’s dedicated network that detects and alerts any vulnerabilities or weaknesses on the Polkadot network. For developers, Kusama is the proof-of-concept platform for runtime upgrades and on-chain governance.

It can be said that Kusama is an experimental version of Polkadot that exists as a standalone network and it allows blockchain developers to deploy and test versions or applications on this network before launching them on Polkadot.

Kusama was founded in 2019 by Gavin Wood, founder of Polkadot and co-founder and former CTO of Ethereum.

The Web3 Foundation provides funding for research and development projects based on Polkadot and Kusama software up to $100,000 each. To be eligible for funding, the project needs open source code and licenses such as GNU GPLv3, Apache 2.0.

In addition to backing Web 3.0 projects, the Web3 Foundation itself conducts research projects by an internal team based in Zug (Switzerland) and collaborates with specialized projects and other organizations. other academic research groups.

Research and analyze current protocols, come up with new and concretized protocols.

The decentralized internet is more secure and error-proof, but it also has a slower speed due to the need to run validating nodes.

Most of the current decentralized technologies are not users friendly, users must have a certain understanding of Blockchain technology to be able to use it.

Since data stays on the Blockchain forever, they make the Blockchain heavier and heavier. Moreover, Blockchain technology requires each node to download all Blockchain data, making the total capacity of Blockchain on the entire network even worse. Take Ethereum’s Blockchain for example, which reached 300 Giga bytes in size on September 19.

Due to security concerns, a decentralized system cannot arbitrarily scale like a centralized system. The early Blockchains of Bitcoin or Ethereum were notorious for having extremely poor scalability, causing the networks running on these Blockchains to often become congested. This is a vital problem that Web 3.0 needs to solve if it is to become a reality.

In a decentralized network, transactions and data are exchanged directly so your data and money do not have to be controlled by an intermediary like Facebook or Paypal.

Because the data will be controlled by you. It is very difficult for a hacker to gain control of your data unless he can control the entire network. Companies like Facebook and Google cannot sell your data to third parties for a profit.

Your favorite games, text messages, or any other data on Web 3.0 will live as long as the Internet works, no one has the right to access them and delete them.

Services will be available 24/7

Since Web 3.0 services do not have a fixed server, they will operate continuously as long as the network exists. A power or data failure or a damaged server won’t bring your favorite game to a halt.

The Internet will become as democratic as it was. No one has the right to prevent you from accessing the Internet. You can access the Internet at any time and anywhere.

Web 3.0 ‘s semantic tagging will enable the Internet to become smarter and more connected. Users can use common semantically tagged internet-connected devices to deliver a tailored, intuitive, and personalized website experience. In a word, that is the benefit of the combination of IoT and AI technology.

What does Web 3.0 and Blockchain technology have to do with each other?

It is unclear how long it will take for Web 3.0 to enter everyday life. But one thing’s for sure, Web 3.0 will change the Internet forever. We have a right to dream about an Internet where everybody has ownership of our data, where our identity will only be revealed when we want it, where corporations like Facebook and Google have to pay for our data. 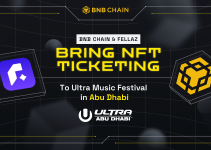 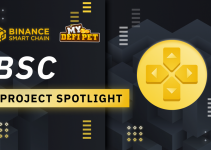