The Venus Protocol is designed to enable a complete algorithmic money market protocol on Binance Smart Chain. The protocol designs are architected and forked based on Compound and MarkerDAO and synced into the Venus platform giving the benefits of both systems into one.

It functions as a platform for a complete decentralized finance-based lending and credit system on BSC. Venus enables users to utilize their cryptocurrencies by supplying collateral to the network that may be borrowed by pledging over-collateralized cryptocurrencies. This creates a secure lending environment where the lender receives a compounded interest rate annually (APY) paid per block, while the borrower pays interest on the cryptocurrency borrowed. These interest rates are set by the protocol in a curve yield, where the rates are automated based on the demand of the specific market, such as Bitcoin. The difference of Venus from other money market protocols is the ability to use the collateral supplied to the market not only to borrow other assets but also to mint synthetic stablecoins with over-collateralized positions that protect the protocol. These synthetic stablecoins are not backed by a basket of fiat currencies but by a basket of cryptocurrencies. Venus utilizes the Binance Smart chain for fast, low-cost transactions while accessing a deep network of wrapped tokens and liquidity.

The other difference in the tokens is VAI used as synthetic stable coin with equal value to USD, and XVS is used as a mean for governance, voting, project improvements.

Venus Protocol users may supply various supported cryptocurrencies or digital assets onto the platform, which can be used as collateral for loans, supply liquidity and earn an APY, or to mint synthetic stablecoins.

Supplying assets such as cryptocurrencies or digital assets to Venus gives the users the ability to participate as a lender while maintaining the security of collateral in the protocol. Users will earn a variable-based interest rate depending on the yield curve utilization of that specific market.

All user assets are pooled into smart contracts so that users can withdraw their supply at any time, given that the protocol balance is positive. Users who supply their cryptocurrency or digital asset to Venus will receive a vToken, such as vBTC, which is the only token that can be used to redeem the underlying collateral supplied. This will enable users to use these tokens to hedge against other assets or move them into cold storage wallets that support Binance Smart Chain.

Users who want to borrow any of the supported cryptocurrencies, stablecoins, or digital assets from Venus must pledge collateral that will be locked on the protocol. These assets must be over collateralized and will enable up to 75% of that collateral value borrowed. These collateral ratios are determined by the protocol and are controlled through the Governance process, which is documented in this Whitepaper.

Once these assets are supplied, you can borrow based on the collateral ratio of the asset. Typically collateral ratios are set anywhere from 40% to 75%. If a user’s collateral value drops below 75%, or whichever collateral ratio percentage that a certain asset has, it could cause a Liquidation event, which will be discussed later. Users will have a compound interest rate that will be applied per block on these assets and have no monthly payment obligations.

To return the collateral, the user must pay off their origination balance and compounded interest back to the protocol. Market interest rates are determined by the specific yield curve that is designated in the contract. Depending on the market utilization, it will determine what the interest rate will be for that specified market.

Stablecoins on the Venus Protocol can be synthetically designed through Governance and added as a proposal. VAI will be the protocol’s default stablecoin that can be minted by collateral already pledged in Venus.

These stablecoins will not have yielded curves that determine their interest rates, which in other protocols are known as stability fees. Interest rates will be determined by the Governance process within the Venus Protocol.

Since no underlying fiat reserves are guaranteeing the value of the synthetic stablecoin on the Venus Protocol, it will rely on market forces, the basket of collateral, and safety mechanisms to maintain its peg to the fiat currency it is designed to synthesize.

As an example, VAI will originally maintain a peg of 1:1 per VAI:USD. The market is encouraged to maintain this peg so that programmatic mechanisms designed to protect the peg will not be initiated by the protocol. If there becomes a point where VAI or another synthetic stablecoin loses its peg value, the protocol can use the Governance process to initiate the Price Adjustment Module. This module will enable the change of parameters within the stablecoin system on Venus to disattach the peg and create a change in supply and demand to bring the stability back to its original peg. This system will enable two main points: benefit to hold/buy a synthetic stablecoin, or mint/borrow a synthetic stablecoin.

Users own the token can create proposals to change the parameters of the synthetic stablecoins on the platform by utilizing the on-chain Governance system. These are designed to protect the interest of the users and the platform.

Users can also redeem vUSD for other assets by trading with them in the Swipe Wallet platform. vUSD is exchangeable to all supporting assets, including USD, which can be redeemed directly to your bank account for verified users.

Venus loan origination should include a transaction fee. This means that creating and redeeming a loan will now have a small fee attached as charges. Essentially, deposits and withdrawals from the protocol will attract fees.

The fee will be equivalent to 0.01% of the trading amount. The implementation of this will boost the protocol’s reserves by as much as $100,000 in daily fees. The administration can use these daily fees to give out rewards to its users, conduct buybacks, etc without affecting the average borrower and supplier. Additionally, Venus fees can be customized to individual markets.

The adoption of ADA has increased in recent months and Venus has capitalized. Cardano has become the fourth most prominent crypto asset in the market based on market cap.

The team plans to propose a VIP tier that will increase the loan collateralization factor from 60% to 80%. This would enable users to benefit more from the value of their digital assets. Thye work of the platform’s liquidators ensures that users have no trouble with the fundamentals. Presently, Venus liquidations have undergone successful tests, with millions in liquidations working well to secure the protocol.

The proposed Venus DEX will be an order book-based exchange that will promote high-frequency trading while introducing market maker incentives to traders.

The Venus Reward Token (VRT) is intended to be the protocol’s liquidity incentive token. The intention is to make XVS more scarce and valuable. This is achieved by reducing the emission rate of XVS, and creating more governance-based reward programs.

fixed-rate lending – protocols such as Aave have already developed these markets and Venus plans to follow suit. The team plans to introduce fixed-rate markets where buyers and sellers know upfront how much they will earn and pay in interest.

The Venus Protocol is governed by the Venus Token (XVS), which is designed to be a “fair launch” cryptocurrency. There are no founder, team, or developer allocations, and the XVS can only be earned through the Binance LaunchPool project or through providing liquidity to the protocol. That’s why there is no tokenomics like other projects.

There will be an initial 20% of the total supply of 30,000,000 (6,000,000 XVS) allocated to the Binance LaunchPool project where users can mine (farm) these tokens alongside 1% of the total supply (300,000 XVS) placed aside for the Binance Smart Chain ecosystem grants. The remainder of the supply will be exclusively available for the protocol, which will result in 23,700,000 XVS mined over a period of approximately four years, which begins after the Binance LaunchPool event at a rate 0.64 XVS per block (18,493 per day). The distribution of XVS is based on liquidity mining, where 35% of the daily rewards get distributed to borrowers, 35% to suppliers, and 30% for stablecoin minters.

Also, there is vTokens. This is used as a protocol-created pegged assets when distributing collaterals. vTokens are created and implemented by Governance processes and voted by Venus Token holders.

Venus Protocol was developed with Swipe project team. The main goal is completely decentralized with fully governed by community.  There are no pre-mines for the team, developers or founders, giving XVS holders total control over the path the Venus Protocol takes.

However, after some crisis and with Swipe’s team withdrawal, the project has regrouped and seeks out new opportunities and team. Currently, they are being offered help by Binance to keep working on the process. The team behind Venus and its XVS are working to improve the interest rates available on top of collateral. Weary of inflation, they are ready with a number of emissions mechanisms in place to keep prices at levels close to the governance approvals.

The project also has security audit which was implemented by Certik.

When talk about Venus Protocol, people usually mention its speed and low cost transactions. It’s like the merging of both worlds MakerDAO and Compound. Adding to that, it’s built on BSC so it basically solves the issue of scalability. The protocol is the first to enable users to access lending markets for Bitcoin (BTC), XRP Litecoin and other cryptocurrencies to source liquidity in real-time, thanks to its near-instant transactions.

People don’t have to do credit check to quickly take out a loan on Venus, there’s no restriction or centralized organizations to limit the capacity of accessing financial needs on Venus. By interacting with its Dapp and owning the token, users can also have a chance to vote, make proposals for change in the system.

After suffering market manipulation attack in the past, Venus Protocol has taken a new measure to tighten its platform. Venus Protocol utilizes price feed oracles, including those from Chainlink to provide accurate pricing data that cannot be tampered with. Thanks to the Binance Smart Chain, the protocol can access the price feeds at a lower cost and with better efficiency, reducing the overall cost footprint of the system. The project is now secured on BSC. Financially, Venus suppliers are protected by automatic liquidation measures, which will automatically liquidate the collateral of borrowers if it falls below 75% of their borrowed amount—thereby reimbursing suppliers early to maintain the minimum collateralization ratio.

“Creating a protocol that enables a traditional money market tied into synthetic stablecoin generation will lead to accessibility and benefit of locked collateral. Venus will enable anyone to utilize a high-speed and low transaction cost blockchain by leveraging Binance Smart Chain[4] to supply collateral, earn interest on that collateral, borrow against that collateral, and mint stablecoins on-demand within seconds.” It also criticizes the lack of decentralization of Compound and little rewards of MakerDAO, the project has strived to its fullest by taking the goods of both projects and add more features to serve the crypto community. 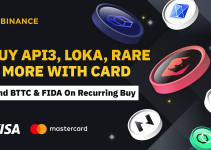 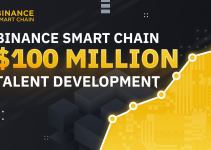