Home
Latest Posts
The BNB Chain Lays Out Its Long-Term Strategy, Which Emphasizes Decentralization And Interoperability

In February, Binance announced the merger of its Binance Smart Chain (BSC) and BNB Beacon Chain (formerly known as Binance Chain) to establish the Build N’ Build (BNB) Chain, which was promoted as more decentralized and with stronger scaling capabilities, in response to accusations of centralization.

On Tuesday, BNB Chain released its technological roadmap, which included updates on cross-chain interoperability, decentralization, governance and procedure, and more.

According to the official Twitter thread, the BNB Chain now has 2 million monthly users, which is currently twice as many as Ethereum. The BEP-131 proposal, according to the post, will focus on making the layer-one blockchain more decentralized, introducing open-source applications into the Beacon Chain, and nearly doubling the number of validators.

In this way, the team believes it will offer a higher degree of transparency and security to the users.

Known for letting users easily build their own platforms through BNB Application Sidechain (BAS), BNB Chain will push the ZkRollups on BAS to finally transition to the zkBAS system. It notes that the change could enhance the balance between security and performance and increase the transaction throughput.

Binance CEO Changpeng Zhao said the upgraded features will position BNB Chain as the future of blockchain as it becomes a highly decentralized product controlled by its community:

“Blockchain can do many things. The first applications focus on DeFi, but I think BNB Chain is much bigger than Binnance.com. The community decides its future. I think in the future people will interact with blockchain without even knowing, whether it’s money, banking, etc.”

According to blockchain data analytics platform Nansen’s Q1 report on leading blockchain networks, in spite of a massive decline in its on-chain activity in early 2022, BNB Chain has continued to maintain its position as the industry leader and the most active blockchain network among layer-one blockchains.

The report also noted that the network’s rebrand from Binance Smart Chain (BSC) to BNB network indicates an intent to expand beyond its crypto exchange, Binance. 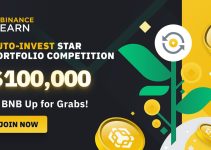 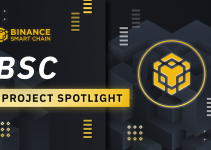