What makes a gamefi unique in this crowded market of crypto and NFT? Some would say it’s all about the gameplay, exceptional artworks, and distinctive in-game rewards maybe others argue tokenomics, dev team and clear future plans of the project are the points to determine the good of the project. However, one would say it’s something a bit of both and besides that, there has to be creative diverse marketplace within the game itself. Rarely one sees a gamefi like that, introducing Sipher.

Sipher (SIPHER) is game project built on the ETH Blockchain platform, where players will use their avatars to participate in combat in the MOBA game genre – characters will compete for lands in Sipheria – World of Blocks to receive valuable prizes reward.

Sipher is built on the ERC721 blockchain platform, the first collection includes 10,000 characters (named Sipherian Surge) of the SIPHER INU strain. Sipher’s goal is to develop into a Dapp Multigame, focusing on developing the community elements through the guild mechanism in the game. Also, their goals include to integrate blockchain tech into the game as a necessity and then develop the community along with the game.

Everything about the token

The total supply will be 1,000,000,000 $SIPHER tokens to be minted. The tokens will be distributed since the Token Generation Event (TGE) to the following stakeholders within the ecosystem:

Only 1 notable information which is their past token sales on the 7th and 9th of Sept 2021. On the 7th, private sale was implemented with 2000 slots whitelisted. On the 9th was public sale. However, investors can still purchase their NFTs on Opensea part from that 10000 characters collection.

Highlights gameplay of the project

In the world of Sipher, players will embark on the adventures to discover the mysteries. After exploring various stages of the game, players will have chance to enhance characters’ abilities. There are also PVP, PVE game modes which require different strategies to upgrade weapons, characters and spending resources wisely.

All the characters, items, weapons, resources are NFT assets which can be traded via marketplace. Other than that, there are also more than 200 skins. The game includes the system of dividing characters into 3 categories: Maximalist Templar, Centurion Scholar, Shade Brotherhood each has their own goals. The gameplay will have boss mode, expeditions, campaigns for players to explore and gain rewards.

10000 INUs characters will be sold on Sipher Laboratory with the price of 0.1 ETH. Also, other NFTs assets are traded on Open Sea. Among the 10000 INUs, origin and rare are the class along with weapons, costumes.

By owning INU, players will obviously gain access to the gameplay and marketplace trading. The cloning mechanism allows the original GENESIS NFT owner to become a Game CD-Key distributor, who is getting 95% of the revenue generated from new players wanting to join and play the game. This is displacing the traditional game distribution model where game developers take in all the revenue and profits.

Players can access to unique parts of spaceship and costumes following INU theme that indicates players who have GENESIS INU NFT (it’s like special skins, limited edition!). Special access to missions and campaigns for only this type of owners with more rewards.

Who’s behind the project

These are the popular names working on the project.

Tin Nguyen: his own real estate business. Also holds the position of Co-founder of DreamPlex, ZoneStartups, EcoTruck, FreshHouse, Recruitery, Mercurial FInance and Cloud Energy. Tin Nguyen is one of the honorable names in the Forbes Vietnam U30 nomination.

Loi Luu: Currently working as CEO and Co-founder of Kyber Network. Therefore, he has considerable experience in the blockchain field and owns impressive portfolios at 1inch, Serum, Mercurial Finance, Krystal Wallet, and more.

Victor Tran: Co-founder and CTO of Kyber Network. With enthusiasm, burning love for games and blockchain, Victor Tran joined Sipher with the desire to promote Sipher to develop more and more based on his practical experience.

As one can see some familiar names like Alameda Research, Kyber Network, C98 Ventures,… who invest in potential big project have taken interests in this project. The details of the investment are unknown but there’s 1 big public news which is the closing of $6.8M seed round of SIPHER.

Led by Arrington Capital, Hashed, Konvoy Ventures, the seeding round was successful to increase the development of the World of Sipheria game and continue to build the tools needed to create compelling, fun and engaging gaming experiences based on blockchain technology.

The game has chosen a very unique way to introduce itself to the market which is selling NFT characters and items first before releasing token and gameplay. So far, it has been quite successful partly because of the marketing efforts. Thousands follow on their social media for a few months since they made their debut, big names in the investors pay attention to their project, that’d make the sales of their NFT hot in the first few minutes. Tin and his team have demonstrated huge potential to become the next major blockchain gaming studio. Not just only understand the crypto/blockchain ecosystem, but also have strong ability to implement great quality games, they have built something that fits with the market’s demand. They know the beauty of combining NFT and gaming and have plans to connect esports in their game eventually.

One could believe that the world of Sipheria will be one of the most exciting and adventurous experiences inside the Metaverse. Sipher builds on innovative P2E economics while leveraging both the spirit of crypto culture and mainstream gaming. The art blends a futuristic world of sci-fi and captivating animals, it is internet-native and inspiring, a game that everyone can fall in love with.

The next goal is to launch the playable MVP of the first gaming experience in the World of Sipheria. Imagine owing some of those 10000 NFT characters which are beautifully, meticulously and creative designed and actually have them in the upcoming gameplay in 2022 that would truly be the next level of gaming experience. Oh! And earning some coins along the way, can’t wait to see that happens. 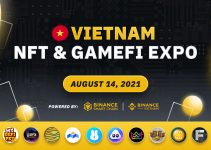 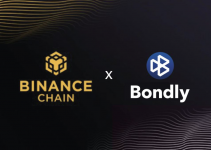