What is Tether (USDT)?

Tether (USDT) is a blockchain-based cryptocurrency whose tokens in circulation are backed by an equivalent amount of U.S. dollars, making it a stablecoin with a price pegged to USD $1.00. Stablecoins track traditional fiat currencies, like the dollar, the euro, or the Japanese yen, which are held in a designated bank account.

Tether tokens, which were developed by the crypto exchange BitFinex, are the native tokens of the Tether network and trade under the USDT symbol. As of October 2021, USDT is the fifth-largest cryptocurrency by market capitalization, worth more than $68 billion.

Your country’s currency is increasingly depreciating due to issuance, the company owns an ever-stable cryptocurrency, only increasing in value more urgently than ever, USDT will solve this problem.

For cryptocurrency trading, it makes transactions faster, easier, and saves you time worrying about waiting (although patience is necessary, but if it’s fast, it’s a bit faster) ) is also better).

Storm. The storm can come at any time, because every time you have to withdraw and withdraw cash, you can let it store it for you, when the storm passes, the sky will be blue then it will return to the owner.

The main special feature of USDT is that it is always worth one U.S. dollar. That makes it highly useful for storing or transferring value, as it is always worth the same price. Bitcoin, Ethereum, and other popular cryptocurrencies typically fluctuate in value based on market supply and demand. With USDT, it’s always worth a dollar by design.

The Tether parent company claims to hold assets equal to the total outstanding market value of its currency. That means it has a dollar in cash or highly liquid investment assets for every one USDT in circulation. If you trust Tether and its accountants in the Cayman Islands, that makes it a great alternative to regular USD for many purposes, including international remittances and trading crypto without converting back into dollars. But there are enough questions about Tether’s assets and motives that it’s essential to read the controversy section below before going all-in on USDT for your banking needs.

However, once in the crypto marketplace, it trades like any other currency using blockchain technology. That means you can buy and sell Tether through any cryptocurrency exchange that supports USDT

Why Was USDT Created?

Tether currencies were created to handle three major issues: to help with national currency transfers, to provide a stable Bitcoin, and to provide another option for checking.

The blockchain can verify the USDT in circulation and the TUSD which is the total USDT in circulation at any time. This amount must equal the amount in the bank account used by Tether Limited to receive and send money to buyers or to pay USDT on the Tether platform.  They have regular audits by specialists to check balances, deposits, withdrawals, and transfer reports.

How does Tether (USDT) work?

In the whitepaper, Tether describes the operation of the system quite simply as follows:

Step 2: Tether will create and credit the user’s account with an amount of Tether token (USDT) equal to the amount deposited by the user.

Step 4: When there is no longer a need for use, users can convert Tether tokens into Fiat money through the Tether platform.

Step 5: Tether will burn that Tether token and send Fiat money to the user.

As a general rule of a stable coin, the number of coins in circulation should always correspond to the amount of USD in the bank account, in the case of USDT Tether Limited. This USD amount is used so that users can directly resell USDT on the Tether platform.

If Tether simply claims that their USDT coin is worth $1, this is a claim with no provable basis. In order for 1 USDT to be truly worth 1 USD, it must be converted at any time from USDT to USD. Currently, USDT is only directly convertible to USD through the Kraken exchange.

In Tether’s data and proof system, the amount of USDT in circulation can be easily checked on the Bitcoin blockchain through the tools provided at: https://omniexplorer.info. Meanwhile, the total amount of USD equivalent reserves are proved by publishing bank balances and undergoing periodic Audits by experts.

To make it a little easier to understand, if you deposit money into the bank, then you will receive a number that is exactly the same as the amount you deposited on the bank account. The same goes for how USDT works. You deposit to a place that accepts redemption, you will receive an equivalent number.

USDT — or as it was known at the time, Real coin — was launched in 2014 by Brock Pierce, Reeve Collins and Craig Sellars.

Brock Pierce is a well-known entrepreneur who has co-founded a number of high-profile projects in the crypto and entertainment industries. In 2013, he co-founded a venture capital firm Blockchain Capital, which by 2017 had raised over $80 million in funding. In 2014, Pierce became the director of the Bitcoin Foundation, a nonprofit established to help improve and promote Bitcoin. Pierce has also co-founded Block.one, the company behind EOS, one of the largest cryptocurrencies on the market.

Reeve Collins was the CEO of Tether for the first two years of its existence. Prior to that, he had co-founded several successful companies, such as the online ad network Traffic Marketplace, entertainment studio RedLever and gambling website Pala Interactive. As of 2020, Collins is heading SmarMedia Technologies, a marketing and advertising tech company.

Other than working on Tether, Craig Sellars has been a member of the Omni Foundation for over six years. Its Omni Protocol allows users to create and trade smart-contract based properties and currencies on top of Bitcoin’s blockchain. Sellars has also worked in several other cryptocurrency companies and organizations, such as Bitfinex, Factom, Synereo and the MaidSafe Foundation.

USDT’s unique feature is the fact that its value is guaranteed by Tether to remain pegged to the U.S. dollar. According to Tether, whenever it issues new USDT tokens, it allocates the same amount of USD to its reserves, thus ensuring that USDT is fully backed by cash and cash equivalents.

The famously high volatility of the crypto markets means that cryptocurrencies can rise or fall by 10-20% within a single day, making them unreliable as a store of value. USDT, on the other hand, is protected from these fluctuations.

This property makes USDT a safe haven for crypto investors: during periods of high volatility, they can park their portfolios in Tether without having to completely cash out into USD. In addition, USDT provides a simple way to transact a U.S. dollar equivalent between regions, countries and even continents via blockchain — without having to rely on a slow and expensive intermediary, like a bank or a financial services provider.

However, over the years, there have been a number of controversies regarding the validity of Tether’s claims about their USD reserves, at times disrupting USDT’s price, which went down as low as $0.88 at one point in its history. Many have raised concerns about the fact that Tether’s reserves have never been fully audited by an independent third party.

It is possible to buy Tether / USDT on a large number of cryptocurrency exchanges. In fact, USDT’s average daily trading volume is often on par or even exceeds that of Bitcoin. It is especially prominent on those exchanges where fiat-to-crypto trading pairs are unavailable, as it provides a viable alternative to USD. Here are some of the most popular exchanges that support Tether trading:

What are the risks associated with holding USDT?

While Tether Limited asserts that each USDT is fully backed by reserves, it is important to note that holding USDT can still expose users to several risks that can result in complete loss of funds. These risks include, but are not limited to:

USDT trades on many exchanges and markets, and may not trade for exactly 1 USD at any given time period. In an extreme scenario, if confidence in USDT is lost, it could trade as low as 0 USD.

Since USDT exists on multiple blockchains, users must be sure not to send tokens to an incompatible network; for example, sending USDT from Rain to a Binance Smart Chain address could result in permanent loss of funds

Tether Limited is a corporation based in Hong Kong with offices in Switzerland; by holding USDT, you are also exposed to the risk of Tether Limited being able to manage and operate their USD reserves

Tether Limited provided a transparency report as of June, 2021 detailing the composition of their USD reserves, of which 85% composed of commercial paper, certificates of deposits, and treasury bills

Tether has its place among cryptocurrency filling a niche where fluctuations will not do. As with any cryptocurrency be vigilant and continue to research and keep your eye on the news for any information as you begin investing. 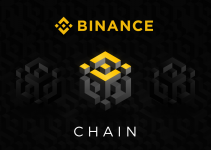 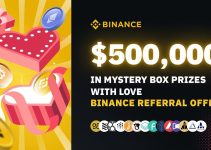