One of the most successful NFT games on BSC.

This is an exciting Gamefi project which was designed to provide users with a fun experience by collecting Worker and Spaceships to travel through the universe searching for $ETERNAL token. Basically, players can create workers and spaceship then choose to go around the universe to mine/earn the token directly.

The team aims to develop the greatest SciFi game on the blockchain while letting their users enjoy being a part of a vast universe, the thrill of strategic gameplay, and of course, earn $ETERNAL. This type of game strategy also encourages people to spend and choose what to do with their resources wisely in order to maximize profits.

The game is deployed on the Binance Smart Chain and is compatible with web3 wallets such as MetaMask, which will be used to accept transactions and pay for gas fees. MetaMask can be installed as a browser extension, or as an application on your mobile devices.

Assets are player-owned NFTs minted in the ERC-721 standard which may be traded on our marketplace or selling them via P2P to another player.

ETERNAL is a native currency of CryptoMines and players can use this token to mint characters, spaceships, extending the lives of your workers by hiring and Buy/Sell on the CryptoMines Marketplace. Liquidity will be locked and the Development fund will be vested at a rate of 25% return per month.

How to Mine Planets

You will need to have built a fleet in order to travel to new planets. The rarity of your workers determines your Mine Power which in turn defines which planets you can go to.

So if you have two rarity 2 workers and a rarity two spaceships, you can go to an Lv2 Planet with 200 MP.

The rewards given to players for resources mined on planets will scale in relation to the level of their fleet, as well as the Planet you attend. An oracle has been implemented to maintain the dollar value of the rewards, which also prevents the reward pool from being drained rapidly way.

There is a 30% early withdrawal fee when claiming your rewards at $ETERNAL, this fee will be reduced by 2% once you go on your first exploration of the day, and so on until it reaches 0% and you can withdraw tax-free.

You will need ETERNAL tokens to mint spaceship and use that to workers to new planets where they will gain better rewards depending on the Mine Power acquired.

These ships when minted will obtain a level of rarity that will define the number of workers that we can transport in our expeditions. Each player will have a maximum limit of 10 ships in their fleet. The rarity of your Spaceships directly affects the Rank and success rate your fleet will have at the time of arming.

Also, to increase the mining force, players will have to mint the workers. Each worker will also need to be maintained on the Guild by using Fleets. Once we have minted the workers for our crew, these will have vast differences depending on their rarity, find the greatest workers, and boost your profits to new galaxies! Workers can be let go (burned) which will give 20% of the mint cost back to the player paid in $ETERNAL.

These are NFTs created from the combination of all your Workers and Ships. You can add NFTs to these fleets, or disassemblethem entirely, recovering all your workers and ships separately again. However, you will not be able to removeworkers/ships added to it individually, we recommend creating your fleet with a strategy in mind!

Your fleets will have different attributes, among them Name, Mining Power, Fleet Rank, Fleet Level, and Fleet Contract. Your fleets will not be able to be dismantled if they are contracted or tired. Remember, a fleet will lose all its gathered experience if it’s dismantled.

There is no maximum limit of fleets per account; however, we do not recommend more than 300 NFT (workers, ships, fleets) on your account. Each fleet can individually attend an expedition without affecting the others, i.e. if you have 5 fleets, you will be able to mine 5 times the Planet of your choice (once per fleet).

Players will send their workers across the galaxy to search for ETERNAL tokens and also face challenges, the more dangerous planets the more token they have.

Currently, there are 30planetsknown to the federation, Workers travel to and from these planets depending on the Mining Power of the Fleetand the mining power provided by the Workerswithin your Fleet.

In order to protect our workforce, the Federation allows them to travel only to the planets that their Mining Power allows them, that is, for example players have a Fleetcomposed of Workerswith a total amount of Mining Power of 500, and they could go to the Fifth planet.

Every 100 Mining Power you can access a new Planet where you can get better rewards, always remembering that the VeteransGuild rewards you for having more Mining Power than required by the current Planet. Players cannot travel to higher planets unless they meet the Mining Power requirements. Also, there are sections of planets with rankings from C to S (4 tiers).

Each planet’s reward increases exponentially as you travel further into the Metaverse. Players who take more risks will have pockets full of $ETERNAL.

What’s behind the project

Cryptomines is relatively new from Sep 2021 and run by small group of individuals who  are experienced in Blockchain, networking, programming, game development, and the play-to-earn aspects of the current crypto market. First of all, the founder is an experienced individual who resides in Chile, and he has years of expertise in programming and coding. He also has a background working for Uber, IBM,… as a network engineer, blockchain tech and web developer. On the whitepaper, the project also reveals 4 other members of the team ranging from game designer, UI/UX developer, art director to blockchain economic advisor.

ZT, Pancakeswap (v2), BitMart, Bkex, AOFEX, MEXC are all offering to trade ETERNAL. The token is not yet listed on the big exchange platforms but it’s based on BSC network so in the near future we can hope ETERNAL gets listed on Binance. Trust scores and ratings on Coingecko and other crypto reviews are relatively high with a huge increase in positive feedbacks from their social media groups.

One more notable detail about the project is audit and KYC. On their whitepaper, they published the full report 17 pages long on smart contracts, code review, and security analysis report which were implemented by RD auditors. This proves the transparency of the project and earns more trusts in the market.

Users can check out the audit here

It is important to note that the game is still in development, but it is already the largest functional game on the Binance Smart Chain. The token was introduced on September 2021 and 3 months later it reaches ATH above $500 from $1. This shows the market interests and curiosity when joining to invest in the project. In terms of other statistics, Cryptomines is the second largest game after Axie from the users’ point of view. Currently, the number of active addresses in this game is over 250,000.

The game concept is also light and easy to play; it doesn’t require lots of actions to execute and earn your in-game rewards. The NFT assets of spaceship and worker, the minting system are all simple to learn. There is a table showing the rate of success when mining in what rank of planets and its requirements.  Earning 10-20 ETERNALs per expedition is no hard thing to new players joining the game after few weeks.

On the other hand, looking at their whitepaper, not much information about the team which only has 5 and 1 was no to be found. Some players have experienced of quite a few loss even after joining the game for a month, this is up to debate whether it was their playing or the game itself. They claim that the randomness of the game was unfair with 70-80% success rate as shown but their expeditions still failed. Moveover, the scarcity of the token with only 5 million in total, and no clear strategy on the next development to make the game economy sustainable, this has left more questions than answers. This also makes the token quite inflated and very expensive to mint assets in game, so new players are looking for other cheaper alternatives to invest in Gamefi, NFT. With the token price is so high up, the rewards decrease as well as the minting success rate.

Although, we will see at the end of 2021 to see if the team develops any clear, significant strategies for next year, or keep the game in relevant in players’ interests. As for now, it’s simply too expensive to join the game. However, if you are into spaceship, exploration and beautiful artwork of in-game NFT assets, you should definitely check this successful functional gamefi project of BSC. 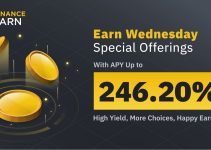 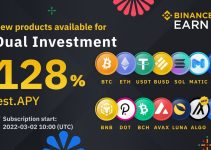