This is a community post written by the Moralis team and published on Binance.org Blog.

Binance Smart Chain (BSC) is a blockchain that runs parallel to the Binance Chain and touts smart contract-functionality and EVM compatibility. As such, this allows developers to port over projects from Ethereum to BSC relatively easily. This, along with Binance Smart Chain’s scalable nature is clearly resonating with developers, as internal Moralis data shows a strong and stable increase in BSC interest.

“We at Moralis have witnessed the rapid growth of the BSC ecosystem and the overall increase in developer interest first-hand. Interest in BSC is at an all-time high for us, and the past few months’ surge in BSC interest shows no sign of stopping,” said Ivan on Tech, CEO of Moralis.

Moralis reports that the number of projects using Binance Smart Chain on Moralis has grown rapidly in the past few months. In fact, as the following chart demonstrates, the teams building with BSC through Moralis has been doubling every month.

More specifically, the number of teams that build with Binance Smart Chain through Moralis is increasing by thousands each month. Actually, the total count of teams building with BSC has risen by more than 300% just since August. Furthermore, this interest in BSC shows no indication of waning.

In addition, it’s evident that teams that build on Binance Smart Chain are busy. Moralis’ data shows that BSC requests have risen by roughly a quarter of a billion in the past two months. Moreover, daily BSC requests through Moralis have increased 10x since July. This staggering growth reveals that not only are teams signing up to build with Binance Smart Chain through Moralis, but they’re also getting to work.

Beyond concrete projects, Moralis also reports seeing a flurry of overall interest in Binance Smart Chain. Specifically, they cite BSC search traffic picking up massively over the recent months. Moralis’ internal data reveals that interest in some BSC-related keywords have risen 400% to 800%. According to Moralis, this clearly shows that developers are opening their eyes to Binance Smart Chain.

Moreover, it’s no surprise that developers choose to build with Moralis as they flock to Binance Smart Chain. Moralis comes with full support for Binance Smart Chain, and offers a wealth of features to developers. For example, Moralis allows you to connect to BSC nodes, create a BSC token, mint a BSC NFT, authenticate with MetaMask, play around with the BEP20 testnet, create BSC dApps, and much more. Moreover, Moralis is quickly becoming the premier “Infura for BSC” alternative.

Moralis is the definitive Web3 operating system, facilitating easy development of Web3 apps, dApps and DeFi projects. Specifically, Moralis provides a serverless, fully managed, infinitely scalable blockchain backend. As such, projects using Moralis do not have to waste time manually developing, setting up and configuring their own backend. Instead, they can skip the hassle traditionally associated with blockchain backend development and focus on frontend development. This means developers can supercharge their dApp development, cut down their development time dramatically, and get access to powerful Web3 features with just a few snippets of code.

Moreover, Moralis is built to be cross-chain compatible from the ground up. Additionally, Moralis provides a broad suite of features to make developing dApps as easy as possible. For example, Moralis’ NFT API presents the easiest way to mint NFTs, NFT game development, or any other NFT programming. 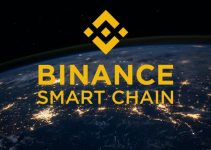 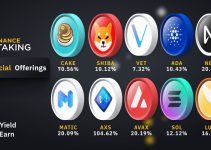