Like our Project Spotlight series, in Meet the Stars, we will also introduce you to unique and emerging projects on the Binance Smart Chain. However, we will focus only on the Star of the Week projects participating in the Most Valuable Builder II: The Big Bang of NFTs program.

If you have never heard about MVB II, check out this article where you can learn all the details. Now let’s get to our first star, ROCKI, the world’s biggest music NFT platform.

It’s great to see new forms of art used with NFTs, but not everyone has heard about your platform yet. Can you briefly introduce us to ROCKI?

ROCKI is the world’s biggest Music NFT platform dedicated to musicians and fans on Binance Smart Chain. ROCKI is a music streaming service and music NFT / Royalty NFT platform designed to solve some of the most fundamental problems of the music industry – creating new revenue streams for artists. The platform is fully live and operational: https://rocki.app/

What’s behind your decision to mix BSC and the music industry?

We took our time to conduct a fairly long and comprehensive due diligence on the available options on the market, but in the end, we chose to work with Binance Smart Chain because of its scalability, low translation costs, and close development support. Moreover, the fantastic BSC family community of projects is supportive of each other’s projects that you don’t see anywhere else.

The BSC team was most aligned with our goal of developing a more viable, robust, and sustainable music industry. They share our projection for long-term growth, so we are pleased to join their expanding community of forward-thinking and cutting-edge projects built exclusively on the Binance Smart Chain.

Minting 100 limited edition Music NFTs on Rocki on Binance Smart Chain only cost around $0.10 to mint compared to Ethereum that can cost as much as $100 for the same thing.

We believe these music NFTs are a powerful new weapon in the fight for equitable compensation. Unlike streaming services whose algorithms are based solely on the number of people who click on songs, these auctions suggest another way to determine music’s value: fan engagement.

True fans aren’t impressed by numbers or algorithms. Instead, they care about the music and about their relationship with the artist. Because they are true fans, they prefer scarcity, which is the cornerstone of collectibility.

Music NFTs excite these fans because they are produced in limited quantities and offered directly to them at set prices (or auction format). And because they can be traded on the secondary marketplace that we’re launching and on other NFT platforms such as the Binance NFT marketplace, these NFTs open up an exciting new revenue stream both for artists and their fans.

The NFT market experienced massive growth over the last few months, and there are hundreds of NFT-focused projects popping up across different blockchains. What do you see as the most innovative part, or let’s say feature, of ROCKI that gives you an advantage in this market?

As the CEO and Co-founder of ROCKI, I can say that it is fixing the broken music industry with innovation by applying the latest blockchain technologies and applications.

It’s no surprise that only the very top 1% of mega big artists makes 90% of the revenue on services like ROCKI, leaving the remaining 99% of the artist on there, sharing the remaining 10% of revenue. This typically only comes out to about a total of $200 or less per year for most musicians. Clearly not something to base your music career on! ROCKI innovates by providing the latest technologies to fix that problem, by applying blockchain technology (Binance Smart Chain) to provide quicker and more transparent transactions at a fraction of the cost of other chains. Furthermore, our Music NFT integration on BSC, on ROCKI is so seamless and easy to use that any musician can issue and mint Music NFTs, in an easy-to-use do-it-yourself way. These types of innovations, creating scarcity in music, releasing limited edition exclusive pieces of music direct to fans through NFTs, are as revolutionary as groundbreaking. Artists earn upfront new revenue that was not there before, and fans now own collectible pieces of music that could go up in value as their musicians become more famous in their careers. Our Twitter is filled with musicians talking about how the Music NFT product on BSC is earning them more revenue than any other platform they use, which to me, proves the concept and opens the door for mass scaling, which is our master plan. Music NFTs for the masses!

The ROCKI platform has over 30,000 songs uploaded by thousands of independent artists since our Beta launch in November of last year. Since we launched the Music NFT integration on BSC, about a month ago, there have been over 300 Music NFT minted on ROCKI, many of which, earning more in one week from their NFT sales than their entire paycheck from Spotify or Apple Music.

We’ve had famous artists like BLOND:ISH and Guy J, and Nick Warren and Jon Blok issuing Music NFTs on ROCKI, but over these next few weeks and months, you’ll see many more famous musicians offer their Music NFTs on ROCKI as we launch our Music NFT 2.0 version.

Progressive house music and DJ legend Guy J, last year in November used our Royalty NFT function, where he sold 50% of future royalty earnings on ROCKI to fans through an auction for his unreleased and highly desirable song “COTTON EYES”, which the winning auction bid sold for $24,000 back then.

The ROCKI’s platform is the beginning of something very exciting for artists that have been looking for alternative ways of monetizing and raising money for their music. In a way, you might call the Royalty NFT product part Kickstarter and part investment opportunity; now fans can support their favorite artists by investing in their work and getting a share of royalties for helping to market and promote the songs for additional reach and stream earnings.

Now that we know (almost) everything about your platform, can you give us a brief intro to your ROCKS token?

ROCKS is the native token that powers the ROCKI music platform ecosystem. We’ve built a payment model for artists (Streaming as Mining), that pays a small amount of ROCKS tokens for their stream plays, and in the near future, we are also launching a product for music lovers called “Get Paid To Listen, where regular music fans can earn tiny amounts of ROCKS tokens for listening to sponsored and curated music. 63% of the entire token supply is reserved for music mining, artists, and music fans. Our ROCKS token is already liquid in the market, launched at $0.08, with an all-time high of $5.06. There are 100 Million tokens in total, and only 7% in circulation on the open market, which shows huge potential, and the token is potentially undervalued.

Tell us something about your future plans. What can we look forward to from ROCKI?

After releasing the music upload and music streaming platform successfully later last year, and the current Music NFT 1.0 on BSC that we launched about a month ago to great success, we are now focusing on releasing an improved NFT 2.0 product that makes it easier for music fans to participate in, and also includes the secondary marketplace and some other improvements for ease of use (mass scale and mainstream is our focus). We’re also close to releasing our proprietary Streaming as Mining product, which should be live on the platform over the next month or so. Our Dev team has started working on the mobile apps for ROCKI, as most of the music consumption happens in a native mobile environment, so that’s a big current focus for us. We will also launch a staking feature for artist-earned ROCKS tokens on the platform and token speculators from the open market.

Did you enjoy the interview? We hope you did, and we can’t wait to share the next Meet the Stars with you. Follow us on Twitter, so you don’t miss it. 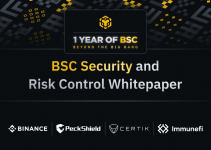 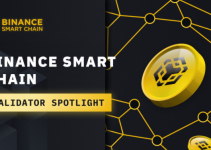 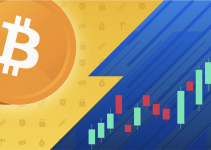