A traditional leveraged position offers the potential to generate outsized returns, however, users are exposed to liquidation risk. Thus, it presents a trade-off between a user’s tolerance towards the risk of being liquidated vs. the outsized gains that one can make.

Leveraged Tokens (LT) simply eliminate the trade-off and allow users to gain leveraged exposure without worrying about liquidation risk and the nitty-gritty of managing a leveraged position.

While LTs have gained popularity due to this innovative feature, they have been controversial and have caused confusion among users. Historically, LTs have a poor track record of generating long-term returns when compared to traditional margin-leveraged products.

Despite its flaws, LTs continues to attract great demand from users worldwide. As such, Binance has worked towards addressing the crucial problems with existing leveraged tokens and launched the Binance Leveraged Tokens (BLVT).

What are Binance Leveraged Tokens?

Binance Leverage Tokens (BLVTs) are designed to address the issues users faced when trading with traditional Leveraged Tokens. Unlike conventional LTs, BLVTs do not maintain ‘constant’ leverage. Instead, BLVTs maintain a variable target leverage range between 1.5x and 3x.

It is tradable in the Binance Spot Advanced trading interface and tracks the BTC perpetual contracts on Binance Futures. Currently, BLVTs are offered in two types: BTCUP and BTCDOWN.

A BLVT tracks the change in the notional value of the perpetual contract positions and changes in leverage.

Why Trade BLVTs Over LTs?

There are several advantages of BLVTs over traditional LTs, they are Variable leverage, Rebalancing, Liquidity, and Fees.

Currently, the most popular LT product promises a constant 3x leverage, which means users can potentially gain triple the returns of its underlying asset. For instance, if BTC appreciates by 5%, the LT should generate a 15% return to users.

Let’s take an example to understand how constant leverage in a Leveraged Token works:

The resulting P&L of both assets at T+2 will be as follows:

As you can see, the price of the underlying is almost unchanged, while the 3x LT lost more than 2% from its initial value. The situation shown here is known as volatility drag. Volatility drag is the long-term, detrimental impact that volatility has on the investment. The greater the volatility and the longer the time horizon, the more detrimental the impact of volatility drag tends to be.

Let’s assume that the earlier example plays out over an extended period (365 trading days), where prices of the underlying remain flat and volatile in the range of +5%/-5%. Let’s take a look at the impact on the value of both securities.

This example illustrates how volatility drag could impact total returns in a side-ways market. This is devastating to users that bought and held the 3x LT, thinking that it is a perfect reflection of the underlying asset.

To address this issue, BLVTs are designed to reduce the impact of volatility drag by maintaining a variable target leverage, from 1.5x to 3x. BLVTs are less impacted in side-ways markets and tend to perform better with market momentum as prices move in one direction.

LTs increase or decrease their exposure in the underlying asset to achieve the target leverage for the day. As the price of its underlying asset goes up, it will take on more positions. Likewise, if prices go down, it will reduce positions. This is also known as rebalancing. Traditional LTs need to be rebalanced every day to consistently maintain its objective.

For instance, assume that a 3x LT has an initial Net Asset Value (NAV) of $100 million. In line with its mandate, the LT maintains a total exposure of $300 million in the underlying asset.

Essentially, if users hold the position longer than a day, their exposure levels could rise or fall dramatically affecting their original investment.

Traditional LTs are programmed to rebalance at preconfigured times (daily). By being entirely predictable in rebalance, LTs are susceptible to front-running. High-frequency traders and arbitrageurs can predict the incoming trades, and profit by nibbling at the edges.

In contrast, BLVTs are not forced to rebalance unless losses are extreme. In fact, BLVTs will only rebalance the positions as needed to maximize profitability on upswings, and minimize losses to avoid liquidation. This means that ‘normal’ fluctuations in the market will not cause rebalances, and the token value will maintain its correlation with the value of its underlying asset.

Binance will be the sole-liquidity provider and issuer of BLVTs, which means users will be able to buy tokens at a fair price, and if the supply of tokens runs out, Binance will inject capital, create more tokens, and sell them on the open market. This ensures that users can transact their tokens efficiently and get their orders filled at an acceptable price.

Users of BLVTs may choose to exit their positions by selling the token into the Spot market or redeem them at the market value of its NAV. For which, trading or redemption fees will be charged to the user. Users may redeem tokens at any time, although this will generally be more expensive than selling them on the Spot market, and is not recommended during normal trading times.

Additionally, users must note that the underlying leveraged positions of BLVTs carry a funding fee. These fees are paid (or paid to) the underlying fund based on the funding rate and reflected directly in the net asset value. Binance takes no fees for funding rate transfers; these are directly between traders.

The innovations of BLVTs are designed to tackle the controversial issues of traditional Leveraged Tokens, thus, protecting users from NAV erosion caused by constant rebalancing.

In general, Leveraged tokens are not the substitute for holding assets in the spot market, and that applies to BLVT as well. However, if users predict market moves correctly, they will generally make money by trading BLVTs. It offers many viable alternatives for amplifying gains, putting less trading capital at risk, and even profiting with strong market momentum. 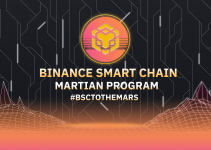