The time has come to continue with our recently announced second round of the Most Valuable Builder program, and we’re thrilled to announce the top 20 projects that will compete in the second phase of MVB II: The Big Bang of NFTs.

On April 23 this year, we announced the second round (MVB II) of our very successful accelerator program called the Most Valuable Builder. In this program, applicants compete for their chance to get among the best teams based on their network and user activity, TVL, and more while also meeting all the criteria such as audited security and a sustainable business model. The second series of MVB is titled The Big Bang of NFTs to reflect its focus on unique NFT+DeFi projects that combine the best of the two worlds.

The MVB II program allows new and emerging BSC projects to compete for the grand prizes for the final Top 10 best projects which each will receive:

Final Top 10 projects may also have the potential opportunities to obtain one of the benefits below and more:

Since the announcement of the MVB II, we have received over 400+ applications from different projects building on BSC in multiple categories, including DeFi, NFT, Blockchain Gaming, Infrastructure, Lending, and more. Almost ⅓ of the applicants come from the NFT category, which is the most popular category in MVB II. The total value locked (TVL) of all MVB II projects reached more than $16 billion USD (based on register BUIDL Rewards Addresses), with 300,000+ active addresses generated just between April 23 and June 30.

Out of the 400+ applicants, we shortlisted the top 20 projects that performed the best and met all the criteria. These projects will now enter Phase Two, where they’ll undergo a further shortlisting process until we end up with the final top 10 projects which will be announced as the winners of this round of the MVB program. We want to thank all the applicants and heartily congratulate the projects entering Phase Two.

Here are the top 20 projects shortlisted to compete in the second phase (alphabetical order):

These 20 projects were carefully selected based on different metrics, but primarily:

In the second phase, we will further reduce the number of projects to only the last 10 finalists who will be announced as winners after July 22.

We will pick the 10 final projects based on the following metrics: 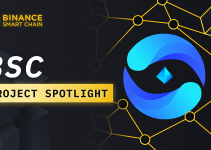 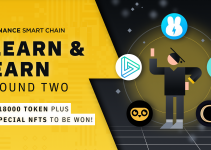 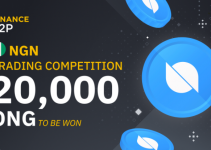