As the #MVBIII gets closer to the grand finale, it’s time to announce the last Monthly Stars. Today, we’re introducing you to the best projects participating in the Most Valuable Builder III for the month of October.

For October, we reviewed dozens of eligible projects and in the end shortlisted these 11 projects based on their performance across multiple metrics, including transaction volume, active users, total transactions, and more. More importantly, MVB reviewed their security audit status, product innovation level, development activity, and community engagement. We want to identify the projects dedicated to their users and mission, innovating and providing a top-class user experience.

Please note that only projects placed among Monthly Stars can place in the #MVBIII final top 10 players. We will introduce a decentralized mechanism for determining the final top 10 players very soon and subsequently announce the winners at the end of November.

ParaSwap
ParaSwap aggregates decentralized exchanges and other DeFi services in one comprehensive interface to streamline and facilitate users’ interactions with Ethereum’s decentralized finance.

Ondo Finance
Ondo Finance allows crypto-asset investors to trade the risk and reward balance of pooled assets. Existing yield in crypto-asset markets is in the form of volatile rates derived from a complex source of inputs.

CryptoMines
CryptoMines is a SciFi play-to-earn NFT game designed to provide the users with a fun experience by collecting Workers and Spaceships to travel through the universe searching for $ETERNAL.

Binamon
Binamon is a complete metaverse of digital monsters. Our purpose is to bring to the Blockchain universe an amazing experience where newcomers can learn, earn, and most importantly have fun!

Wanaka Farm
The town of Wanaka is situated at the southern end of Lake Wanaka, surrounded by the gorgeous natural beauty of mountains, lakes, and forests. Players will immerse themselves in the role of a happy farmer by cultivating lands, crop farming, breeding pets, and decorating their own virtual land.

BombCrypto
The BomB Crypto is a BomB game experience to NFT collectibles on the blockchain by Bcoin. Players can collect, fight monsters and trade them for real money.

JOJO
Based on the A (Animation) C (Comic) G (Game) N (Novel) culture that originated in Japan and is widely loved all over the world, combined with the leading NFT and DeFi technologies in the blockchain, Jojo is revolutionizing the Metaverse space.

Gelato
Automate your smart contracts, outsource your Web3 DevOps needs, and enjoy the perks of the most reliable bot network at your fingertips

Moralis
The Ultimate Web3 Development Platform, Moralis is the Firebase of crypto. Moralis provides managed backend for blockchain projects. Automatically syncing the balances of your users into the database, allowing you to set up on-chain alerts, watch smart contract events, build indexes, and so much more.

Each Monthly Star will receive:

Now that we know all of the Monthly Stars for August, September, and October, it’s time to find the final top 10 winners of #MVBIII. The Top Players for MVBIII will be announced soon, by the end of November. Stay tuned!

From September 30, the BUIDL program is merged with the MVB program to automatically reimburse 3% of all gas fees spent by the projects participating in the MVB. Projects that register for MVBIII or any future edition of MVB will be required to register for the BUIDL fees reimbursement. This gas fee rebate plan is exclusive to MVB participants.

Here we’ll answer some of your most common questions about the MVB program.

Q: Is it still possible to apply for MVB?

Q: Who can apply to MVB?

Every project building on BSC can apply to MVB. If you’re building real-life solutions in crypto or blockchain, apply to MVB without hesitation.

Q: When do you plan to close the application window for MVB?

Not anytime soon. We are already planning MVB IV to follow after we complete the ongoing MVBIII competition. All new applications will be considered for the MVB IV.

For more info about MVB, how it works, its benefits, and more, please refer to the MVB Playbook.
If you still have questions about MVB, please join BSC’s dev community in Telegram or Discord & MVB Official Channel. 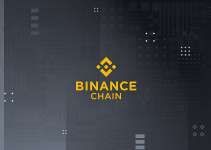 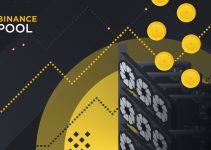 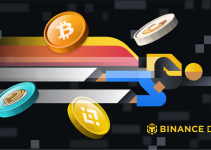