This blog is contributed from the community

LaborX, a global recruitment platform that connects individuals directly with work opportunities, has announced its integration with Binance Smart Chain.

LaborX is designed to help freelancers gain access to employment opportunities in the gig economy, cutting out the middleman in the job-hunting process by using smart contracts to organise tasks and pay users automatically in cryptocurrency.

LaborX takes the integration of blockchain and its benefits to a new level, decentralizing all of the most important processes and ensuring that freelancers and customers can interact without unnecessary interference, gatekeepers, platform fees, or single points of failure. By formalizing work agreements with smart contracts, LaborX enables the creation of a truly free and global market for labour.

LaborX’s deep integration of blockchain offers a number of features and benefits:

There are at least two popular models for interaction between freelancers and customers in the industry.

LaborX has implemented both methods for connecting freelancers and customers. An employer can either publish a task they want completed, or find a service and freelancer from a database of gigs. Similarly, freelancers can either search for a job in the advertised listings, or post a gig and wait for responses.

While all the logic for organizing and paying for work is managed on the blockchain, content data is stored in a centralized repository. This combines the convenience and speed of using centralized storage with the security and reliability of a smart contracts-based system.

Initially, a highly flexible smart contract was developed. This features:

While this includes many settings and allows a wide range of jobs to be organized, it also has certain drawbacks:

To address these issues, the LaborX team developed a new Gigs module, featuring a streamlined smart contract that makes organising work fast, low-cost and straightforward. Customers simply order a Gig from the database of services posted by freelancers. The smart contracts are simpler, and therefore cost less, and fewer transactions are required to organise a job. Crucially, freelancers are not required to sign the Gig agreement up-front.

While the new Gig contracts are far simpler and cheaper to execute, they have not completely solved the problem of Ethereum’s high transaction fees for LaborX users.

Employers still typically have to spend around $7-12 to sign a contract. Given that the average payment for the work itself is generally in the range of $10-30, this adds an additional 50% to the cost of arranging work. In many cases, this is a deal-breaker.

The decision was consequently made to integrate Binance Smart Chain into LaborX. There are a number of advantages to this approach:

LaborX is built on the ideals of freedom of choice and competition, which the team believes are among the fundamental values of blockchain. The platform will now offer both Ethereum and Binance Smart Chain in parallel, giving users the choice of which network they want to operate on – though at the moment, the case for Binance over Ethereum for this use case is clear. The LaborX team also plans to integrate Tron in the near future.

The LaborX team is continuing to build out its infrastructure and functionality, with a series of new features planned for the near future:

Alongside these improvements, LaborX will be conducting an active campaign to attract new users, including: 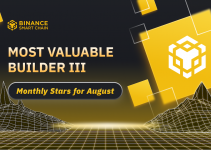 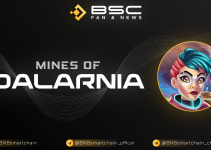