BSC Grants is a Quadratic Funding Grant sponsored by the BSC ecosystem and held on HackerLink.io, a blockchain developer platform under DoraHacks. Developers from all over the world can submit projects to Hackerlink.io.

Let’s get into the interview with PentaLaunch, previously known as Bonding Curve Factory, the third most-voted project. We interviewed Eric and Takeshi from the BCTO project to share some insights from behind the curtains.

Please describe PentaLaunch to our audience and tell us what’s unique about your project.
Takeshi: The BCTO project was created to enable programmable token auctions on bonding curves. The Bonding curve is a great instrument for token auctions. Instead of doing auctions with flat prices like many existing auction platforms do, we can use unique curves for token sales. The idea behind this project was to create a generator of bonding curves and allow users (token projects) to define and create their own curves in a permissionless way.

So I started this project as a hobby, creating a factory contract for bonding curves. The first one was a linear curve y=kx+b, users can fill in the curve issuance amount, and set parameters, then create curve, lock tokens into the curve. An auction will start.

BSC quadratic funding grant-1 was really helpful, I got a lot of help from the BSC grant and DoraHacks. I met many friends. Actually, the first project that used the product was xDefi, another BSC grant project. It’s very good, synergy from the grant.

To launch the xDefi campaign, I worked with DoraHacks and Dora Factory team and added some useful features. Now users can specify the auction start time and end time, also they can choose redemption time. Another feature I add is the power curve, users can choose power curve and linear curve options.

Now we have created a curve generator for token auctions. I like this project very much, and DoraHacks provided much support.

Can you briefly introduce us to your team?
Eric: Now the team is strongly supported by Dora Factory with full-stack developers, UI designers, and solidity developers. We are also helping PentaLaunch design and implement the next version and launch several more important features. Operation-wise, we take PentaLaunch to the DoraHacks Global Hackathon series and introduce cool projects built by our community developers to PentaLaunch. For example, Meta Network (matataki.io) is launching their only curve token sale on PentaLaunch on Apr 12th, more projects to onboard soon.

What’s the most important element on your roadmap? What can we expect from you in the coming weeks and months?
Takeshi: After the xDefi auction, I joined the Dora Factory team. This project needs to grow to the next level. DoraHacks and Dora Factory team host many hackathons and they have a global blockchain development community, they have the vision to use my product to help open source projects raise funding in the future. I like this idea, and this is beyond “IDO”, it’s a valuable mission. So we will work together to make this happen. We have a plan for our roadmap, Eric can talk about it.

Eric: We are really excited to see Goda’s project from the BSC Grant Round-1. We provided some support during the grant, including a security auditing sponsorship, UI and operational support. xDefi team first adopted bonding curve auction as their sole IDO sale, all XDEX tokens on a power curve were sold out within 2 minutes, it’s a pretty cool experiment.

Both Goda and we agreed that this tool can be further improved and made into a new standard for token auction. For us, it’s not only about IDOs, it can become a key module to help open-source projects and DAOs raise funds in the future — a critical problem to solve for the current open-source software space.

We are happy to have Goda join the Dora Factory team, and work with our engineering team to improve the product. We also renamed the product to “PentaLaunch”.

Currently, this product enables permissionless curve creation with self-defined parameters, and users can buy, sell, and redeem tokens on the curve. We call it PentaLaunch V1.

What do you think made you succeed in the 1st round of BSC Grants?Takeshi: I received strong support from the BSC community and DoraHacks. I must say the network effect is very important. Not only was I supported financially like security audit and BNB grants, but I also met so many developers from the BSC grant, they can become early adopters of curve auction. This is the beauty of the BSC Grant. I encourage everyone who develops on BSC to attend future grant rounds.

Why did you decide to build on Binance Smart Chain? What do you hope to see next from the BSC community?
Takeshi: Because it is fast, it is friendly to Solidity developers, and deployment is cheap. The BSC and DoraHacks team is friendly, supportive. I hope to see BSC quadratic grant-2 soon and more developers can be supported.

Eric: The product is currently available on BSC and Ethereum. We hope to build a pipeline of supporting open source development and early-stage ventures on BSC. The BSC Grant Rounds can provide a continuous community-driven funding stream to open source developers (like a decentralized, community-supported incubator), whereas PentaLaunch provides a unique token auction tool when an open-source project decides to issue a token.

Let’s say I want to start using BCTO. Where do I start? Where can I find some how-to guides?
Eric: Go to curve.auction, all features of PentaLaunch V1 are available. There are some guides written by xDefi and Meta Network communities that you can easily find with search engines.

BSC Grants 2: The second funding round

The subsequent BSC Grants 2 funding round is in preparation and now accepts sponsorship partners. BSC ecosystem partners, individuals, and interested parties are welcome to join us and sponsor the next round.

Keep up with the BSC Discord, Telegram-BSC Developer Community, Twitter, and Dorahacks Medium to be the first to know about the next round. 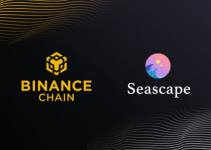 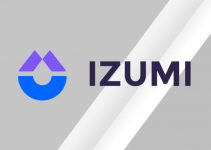 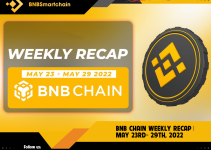