In less than 9 months since the launch of its mainnet, Binance Smart Chain broke multiple records that exceeded everyone’s expectations. BSC took the NFT and DeFi markets by the storm and attracted hundreds of projects and millions of supporters and fans. Probably no one expected BSC to become one of the top blockchains in the cryptocurrency market in such a short time.

The recent volatile market movements impacted not only on the prices of different crypto assets, but also the networks processing all the transactions. As one of the largest blockchains, BSC also tested its full capacity during the market panic, processing more than 220 transactions per second during the peak times.

Nonetheless, the average BSC block time remained stable (3.04s) even during the periods with highest congestion, and only a slight percentage of validators missed blocks. Nobody was in jail because of long downtime.

The recent network congestion also highlighted the downside of a decentralized blockchain, where there’s no single point of failure that someone could fix to improve the performance. With community-owned validators, each validator bears the responsibility to upgrade their computing capacity and hardware, which often comes with a significant cost. Due to the lack of a centralized entity that could simply spend more money to boost the network, the work has to be carried out by a decentralized set of participants (validators and delegators).

The BSC community was fast to respond to the congestion, and the developers behind the BSC network ramped up collaboration with partners and service providers to ensure that there is no delay in RPC queries.

In addition to different partnerships aiming to bolster the performance, the BSC dev team released BSC v1.1.0 for all full node operators on May 10. This new version improved the internal logic on transaction execution, storage and P2P communication. The latest update adds the option of a full and fast sync, decreases storage usage by up to 50%, and includes a few more less-significant tweaks and fixes. Soon after this release, the validator community coordinated the upgrade process and updated their nodes to the latest version.

Thanks to the BEP91 community proposal, the gas ceiling of BSC has already increased to 60MM. However, the BSC network almost reached the 60M gas limit during the peak time according to the following screenshot, proving that this gas ceiling increase might not be large enough to handle the increasing demand for BSC projects.

Due to this reason, the BSC community, validators, and projects revived the discussion of increasing the gas ceiling once again. The recent performance tests show that thanks to the recent development work from both Ethereum and the BSC community, the current client of BSC could handle more gas in a block than it currently does.

Considering the complex network environment on mainnet and the different hardware of validators, we want to call upon the validator community to gradually increase the gas ceiling to at least 100MM.

We believe that this target can be achieved within several months, preparing the network for future demand.  With more input from the talented community developers surrounding BSC and ETH, more improvements are being made to the internal logic on transaction execution, storage, and network communication.

Every coin has two sides, and there’s a positive side to the network congestion as well. It shows that Binance Smart Chain ecosystem attracts many cryptocurrency users and newcomers joining the world of crypto. With over 650 projects operating on BSC, it is quickly becoming the go-to blockchain for NFT and DeFi projects, which caught the attention of the masses in the past months. The congestion showed us that the BSC network and ecosystem both have a very high potential and we believe that the public interest in BSC will continue to grow.

None of this would be possible without the support from BSC validators and delegators who carry the burden of maintaining the network. We also want to thank our amazing community who supports us, interacts with BSC projects, and spreads the word about BSC. Your support is highly appreciated and we heartily value your loyalty during these challenging times. 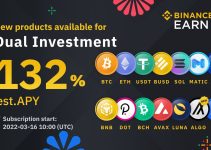